In 1984, the Sulphur Springs School District sold $2.87 million worth of bonds to build an additional school to service the expanding east side Canyon Country area of Santa Clarita.  This major transaction led to the construction of Pinetree Community School which opened in the Fall of 1988 with eighteen classrooms and twenty-two teachers and Principal Nick Teeter.  Leading up to the completion of Pinetree, the Pinetree PTA was formed on May 4, 1988. 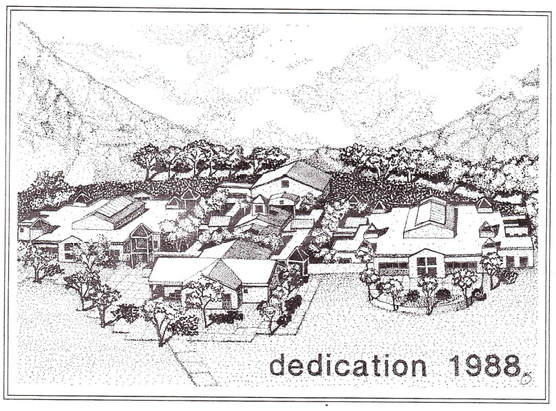 The school mascot chosen for Pinetree was the Pioneer, particularly Pioneer Pete. 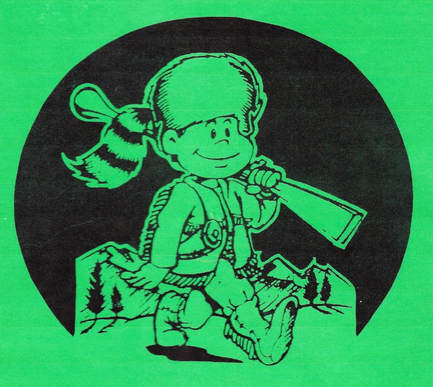 A school song was also written in the first year by founding Principal Nick Teeter and student Marianne Shepherd sung to the tune of "California, Here we Come!."  Click HERE to check it out.

In 1993, Pinetree was honored with it's first of 3 California Distinguished School awards.

In 1995, Pinetree promoted it's first class of 6th grade students who attended all 7 years of elementary school at Pinetree.

In 1996, Pinetree teacher Mr. Weiner used a personal plane to take the following two arial shots of the Pinetree campus 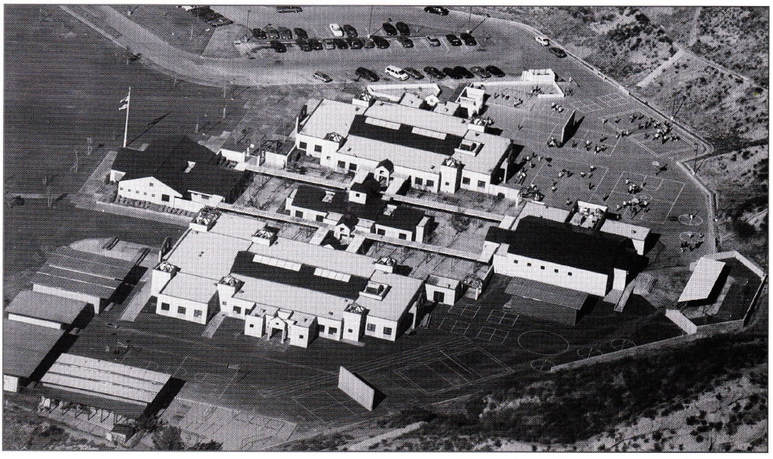 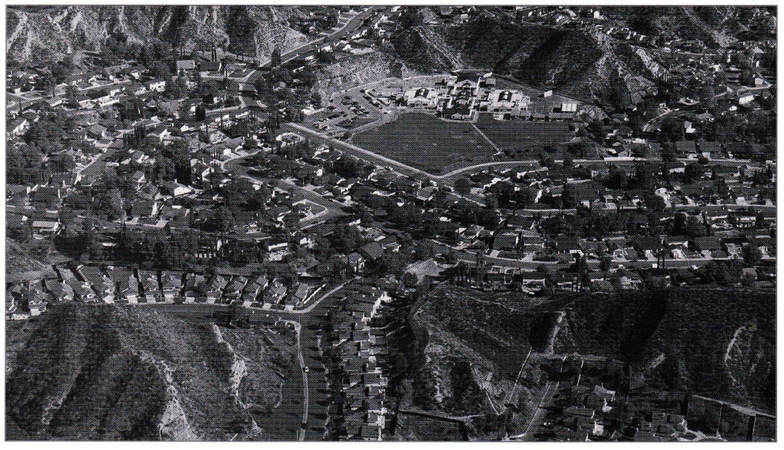 In the Fall of 1998, Pinetree celebrated it's 10th Anniversary.  Some very cool memories shared by past teachers, principals and students can be found in that year's yearbook.  Check them out by CLICKING HERE

Pinetree entered the new Millennium was a new addition - the famed "Green Machine" playground which was generously donated by the Pinetree PTA with many of the features coming from student ideas.  The playground was dedicated in the name of beloved longtime PTA board member Karen Duncan, who passed away from cancer on the day the playground was completed.
In 2002, the Pinetree PTA provided funds to install the walking/running track out on Pinetree's large grass field

In 2004, Pinetree was honored with it's second of 3 California Distinguished School awards.

In the Fall of 2008, Pinetree celebrated it's 20th Anniversary

In 2010, the Pinetree PTA began the country side mural next to the office where students were awarded the ability to add their hand prints as flowers for bringing in high donations to the schools Tri-R-Athon Fundraiser.

In 2014, Pinetree was honored with it's third of 3 California Distinguished School awards.

In 2016, the Pinetree PTA created and donated a Pioneer Pete Mascot costume to greet the Pioneers on their first day back to school and to pump up the students during their spirit assemblies. The PTA also donated a new water themed mural wall near the MPR so kids who brought in high donations for the new Academic Olympics Fundraiser could leave their hand print.

In 2017, Measure CK Funds granted by the state brought Pinetree it's third playground themed as Pioneer Pete's treehouse in the lower grade play area.
In early 2018, Pinetree was the first school in the district to receive a state of the art Learning Center in the central hub of the campus which features the new and improved Library as well as a Maker Space Center and a Multimedia Center.
In Fall 2018, Pinetree celebrated it's 30th Anniversary with a big celebration and an overshot picture done of all students forming a 30 on the grass field.  The school also began major reconstruction to modernize the campus.

2020 saw the upper grade blacktop was fenced off and torn up to make way for a new classroom building.  This also saw the destruction of the Pioneer Pete handball wall.

The 2021 school year brought the sad end of the famed green machine playground that towered over the Pinetree grass field for many years.  But this school year also saw the demolition of two old portables and replaced them with a brand new Green Machine playground.

2022 saw the opening of a new modernized upper grade building in the back blacktop area and a new Student Support building as the new entrance to the school.  The former office building is being repurposed to be the new Kindergarten classroom building.
The Pinetree PTA thought it would be nostalgic to showcase some of Pinetree's History through the years.  Click on the buttons at the top to view some additional sections.
The information contained on this website is for general information purposes only. This is the Pinetree Community School PTA website, and not the official website of the Sulphur Springs School District or Pinetree Community School.